What is a genetic disorder?

Most diseases are affected to some extent by both genes and the environment. A genetic disorder is one in which an abnormality in the genetic make-up (the genome) of the individual plays a significant role in causing the condition. Although some disorders occur because of spontaneous mutation, many genetic disorders are inherited. These conditions are seen quite often in dogs, mostly but not exclusively in purebreds. These situations are often heart-breaking because the dog is generally a well-loved family member by the time the condition is  apparent and has been diagnosed by a veterinarian.

The role of genes in disease

The role played by genes in disease is becoming better understood. Genetic factors are involved to a greater or lesser extent in congenital malformations (conditions with which an animal is born), metabolic disorders, disorders of immune function, disorders associated with aging, and cancer. These categories of disease have become relatively more important as infectious, parasitic, and nutritional diseases have become less common due to vaccination programmes and advancing knowledge about nutrition, treatments and diagnostic methods.

How to reduce inherited disorders

The frequency of inherited conditions can be reduced through good breeding practices. For this to occur, we need to know how the disease is inherited (the mode of inheritance), how to identify the condition as early as possible, and ways to recognize carriers of the disease who, except in the case of autosomal dominant traits, are not clinically affected.

For many of the disorders that are believed to be inherited, the specific pattern of inheritance has not been established. Breeds that have an increased risk for a condition, relative to other dog breeds, are said to have abreed predisposition. Preferably, affected dogs and their close relatives should not be used in breeding programmes.

How are defects inherited?

All animals are made up of billions of tiny cells. The nucleus of these cells contains all the information to regulate the activity of the cell and therefore the form and function of the particular body tissue, and ultimately to form the individual animal. This information originally comes from the parents of the animal, with approximately one half  from the mother and one half from the father.

This information from which all life develops is in the form of DNA (deoxyribonucleic acid). A gene is a portion of a DNA molecule, carried on a chromosome. Think of a chromosome as a long string of genes. Hundreds and even thousands of genes may be carried on a particular chromosome. Chromosomes occur in pairs in the cell nucleus, except in the egg and sperm where they occur in half pairs. When an egg is fertilized by the sperm, the resulting cell from which the animal will develop has complete pairs again. This is the way in which one half of the genetic information comes from each parent.

The dog has 78 chromosomes, in 39 pairs, on which approximately 100,000 genes are located. This makes up the animal’s genotype. The phenotype is what you actually see in the animal, and this can be influenced by both environmental and developmental factors. For example, a dog’s size as an adult is determined partly by his or her genes, but is also influenced by environmental factors such as its health as a puppy and the food it eats.

Each gene in a chromosome pair has a partner at the same position (or locus) on the matching chromosome. Each member of a gene pair is called an allele. A gene can have many alleles within a population but an individual animal will have only 2 alleles which influence a particular trait.  If the 2 alleles are identical (AA or aa for example), the individual is homozygous at that locus; if the alleles are different (Aa), then heterozygous.

If the allele is dominant, only 1 copy is required to express the trait; if recessive then 2 copies. Upper case letters are traditionally used to represent dominant traits, lower case letters for recessive traits. Thus for a dominant trait, either AA or Aa will express the particular characteristic, while for a recessive trait only aa will express the characteristic. The heterozygote (Aa) will be a carrier – clinically unaffected but able to pass the harmful allele to the offspring.

Progressive retinal atrophy (PRA) causes blindness in many breeds. P represents the dominant allele, and p the recessive allele. Since PRA is a recessive trait, p is the affected allele, and P the normal allele.

The genotypes PP and pp are homozygous. Dogs with the genotype PP have normal sight and those with pp are affected.

Pp is heterozygous. These animal have normal sight but are carriers. They will pass the allele for progressive retinal atrophy to approximately half their offspring.

Phenotypically, both PP and Pp have normal sight, but their genotype is different. At this time, as with most recessive disorders, there is no way to identify carriers (animals with the genotype Pp) until affected offspring are born.

Sex-linked characteristics are slightly different. Females have a pair of X chromosomes (XX) while males have 1 X and 1 Y chromosome (XY). Thus 1 dose of a recessive X-linked trait (x) will cause the expression of that characteristic in a male, while a female with only 1 dose(Xx) will be a clinically unaffected carrier . The bleeding disorder hemophilia is probably the best known example of a sex-linked condition.

Defects: inherited or not?

A disease condition or abnormality may be caused by many factors. Some of these are genetic; that is the disorder is a result of a mutation in a gene that carries particular information. Some mutations are spontaneous, such as a mutation caused by toxins consumed by the mother during pregnancy. An inherited defect is one in which the defective gene has been inherited from one or both of the parents.

Many conditions that have a well-documented hereditary basis may also have other causes. For example, there are several forms of hereditary cataracts, but cataracts may also occur as a result of injury, toxins, or a disease such as diabetes.  In trying to determine whether a disorder is inherited, your veterinarian will look at many factors, including the age the disorder becomes evident, whether littermates or other relatives are affected, and whether the defect  is known to occur in that breed. It is very important that inherited disorders be identified so that information can be relayed back to the breeder, and on a larger scale, so that breeding programmes can be designed to reduce or eliminate these debilitating conditions in dogs.

The specific pattern of inheritance has not been established for many of the disorders that are believed to be inherited. Where the mode of inheritance is not known, breeds that have an increased risk relative to other dog breeds are said to have a breed predisposition for a particular condition.

Only 1 copy of the gene, which may be inherited from either parent, is required to produce the trait. The parent with the dominant trait will pass the affected gene to approximately half its offspring, and the trait will be apparent in both the parent and the affected progeny. These conditions are uncommon because, as long as it is of early onset (ie becomes apparent before breeding age is reached), the disorder can be readily eliminated by avoiding the breeding of affected individuals.

In many instances however, there is incomplete dominance. The trait may be dominant with variable expressivity, which means that if either parent is affected, all puppies have a susceptibility to the disorder but not all will be affected equally. Alternately, a dominant trait may have incomplete penetrance. If penetrance is 75% for example, only about 3 quarters of the pups who inherit the trait will express it.

This is the most common mode of inheritance for genetic conditions in dogs. Progressive retinal atrophy (PRA), which causes blindness in many breeds, is such a trait. To be affected, the animal must inherit 2 copies of the gene (genotype pp), 1 from each parent. Dogs with the genotype PP (normal) or Pp (carrier) will be clinically normal but the carrier will pass the affected gene to approximately half the offspring. As long as carriers (Pp) are mated to normal animals (PP), the offspring will be unaffected but some will remain carriers. If 2 carriers are mated, some of the offspring (approximately 25%) will be affected.

As long as the frequency of a gene for a recessive disorder remains low in the population, the particular gene may be passed along for many generations before by chance 2 carriers are mated and affected individuals are born. However, the gene frequency may become unusually high due to breeding of close family members, or because of the “popular sire” effect , where a sire with a harmful recessive gene is mated frequently because of desirable traits.

Because the recessive gene is carried in the population in outwardly normal animals, it is very difficult to eradicate these traits. However the incidence can be reduced by identification of carriers through test matings or through various tests that have been developed, and the conscientious use of this information in breeding programmes. Veterinarians, dog breeders, and breed associations must all work together for substantial progress to be achieved.

The bleeding disorder hemophilia is the best known of the X-linked traits, which are uncommon in the dog. Control programmes are possible because carrier females can be identified through blood screening.

The above-mentioned traits are inherited in a straightforward manner. Many others are inherited in a more complex fashion. In fact, most traits that are selected for in the dog are the result of the interaction of many genes. Modifying genes may influence how other genes are expressed. As mentioned above, a trait may be dominant, but with incomplete penetrance so that it is not always expressed. Epistaxis occurs when alleles at one locus mask the action of another pair of alleles.

Polygenic traits are controlled by an unknown number of genes. The gene expression is influenced by a variety of factors including gender, nutrition, breed, rate of growth, and amount of exercise. These traits are quantitative traits – that is, there is a wide range within the population. Such traits include height, weight, character, working abilities, and some genetic defects. Heritability varies within different breeds and within different populations of a particular breed.

Because it is virtually impossible to determine the exact genotype for such traits, it is difficult to control defects with a polygenic mode of inheritance. The best attempts at control are based on a grading scheme for identification of the defect and a breed policy of recording and publishing the results for as many dogs as possible. Canine hip dysplasia is a polygenic trait that remains a problem in most large breeds of dog, despite efforts to control this condition dating back to the 1960s. Breed organizations and veterinarians in various countries have developed control programmes that rely on radiographic evaluation and a central registry of dogs. Thoughtful selection by breeders, using this information, has greatly reduced the incidence of hip dysplasia in those breeds in particular countries. 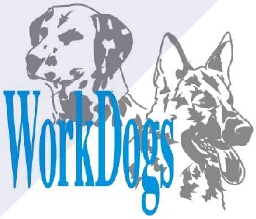